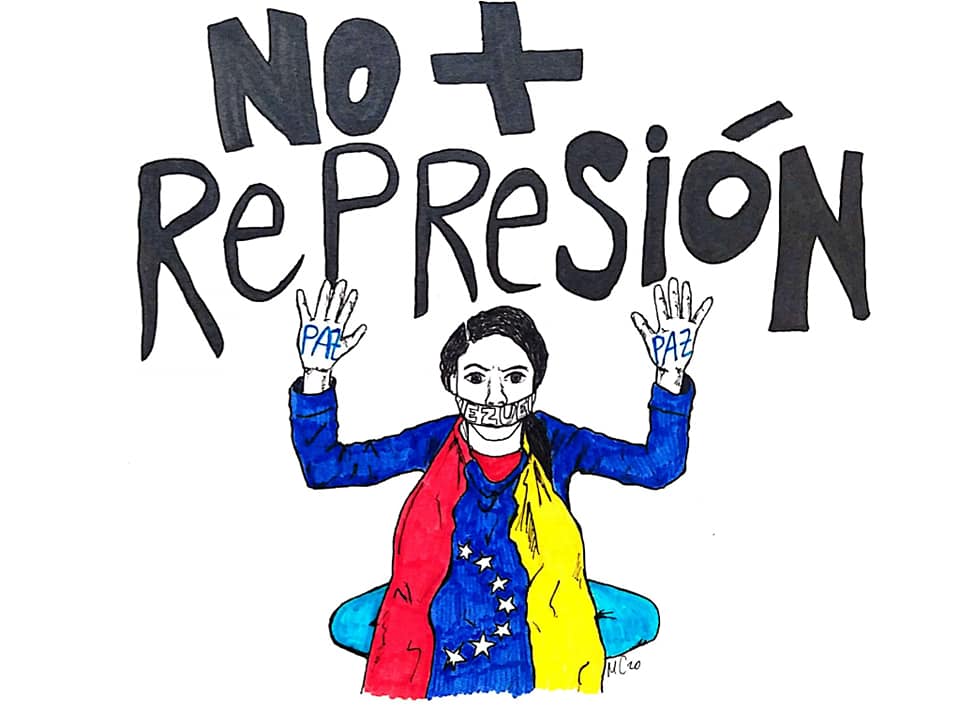 HUMANS was born from the willingness of hearing stories of people from all over the world and sharing them with you. Sometimes, these life stories circle around and then they just arrive a little closer to us.

Maria Cecilia Peña is a bold and talented photo-reporter. She was born in Venezuela and she graduated in Communication and Media Culture at the University of Turin.

Cesar is an engineer. He is from Venezuela and he currently works in Genoa. And he has a piece of heart here, in Turin. His amor, Arianna, is a close friend of mine.

But, you know… Each story has a tale to tell. Each experience impacts differently on every single human life. Each country could have multiple facets. Who lives in it is likely to make continuous changes in the perceptions he/she has of those places. Those who decide to leave, bear different images and smells in their hearts, as well as different memories and hopes.

What led you to consider the idea of leaving Venezuela? Would you like to tell us your migration experience and the reasons behind it?

I left my country because of the political and economic situation. I was working for the largest oil and gas company but, looking around, I didn’t see any future for me and my family.

I decided to come to Italy because my grandfather was an Italian who emigrated to Venezuela in the ’50s. So, it is thanks to him that I have the citizenship.

At the beginning it was very hard for me because I did not speak Italian at all. Anyway, it was not an obstacle for me… I always have a positive attitude and my contagious smile helped me in finding a job and good friends.

I’ve always said that leaving Venezuela was not a personal choice. I was forced by the political situation.

The main reason was the economic crisis – one of the biggest in the history of Latin America – and the risks I was constantly exposed to… Venezuela is one of the most dangerous country in the world. As a journalist I felt privileged, because you learn as much in a communication office during a dictatorship as a doctor does during a pandemic. But I realized that my dream job could not protect me nor ensure economic stability.

This is why I decided to leave my country. I wanted to study and be prepared in order to go back there again. My aim is to do my part in the reconstruction of the Venezuelan communication system, since many TV and radio channels have been censored and journalists who speak out are persecuted by the government.

Venezuela has been under the magnifying glass for years, since the NU accused Maduro of “systemic human rights violations, including murder and torture”. The last report states that “the rule of law and democratic institutions have failed” in the country. The Venezuelan Ambassador to the United Nations, Jorge Valero, pointed out the dangerous impact of this report on the ongoing dialogue between the government and the opposition, added to the heavy sanctions imposed by the now former President Trump.

There is no denying that all power in Venezuela is under the influence of Maduro. the Judiciary, the army and the media are under his direct control and Guaidò’s Asemblea Nacional remains the only indipendent institution, although deprived of all its legislative powers.

What effect did the US sanctions have on the people in Venezuela? And what is the role of the opposition in the dialogue with the government in power?

According to me, the US and UE sanctions only have had consequences on the oil sector and therefore on the economic one, since the state’s biggest revenue comes from oil industry.

There are some other types of sanctions directed against people who collaborate with the dictatorship charged with gross HR violations, corruption, as well as embezzlement of funds and narcotrafficking and fraud. These are 52 persons connected with the regime and 76 companies, to be exact.

Part of the opposition supports this game, while the other part blames it and cooperates with international organizations – as the UN, the OEA (Organización de los Estados Americanos), the Lima Group… – providing evidence against the system.

Part of the opposition supports this game, while the other part blames it and cooperates with international organizations – as the UN, the OEA (Organización de los Estados Americanos), the Lima Group… – providing evidence against the system.

The situation in Venezuela has its origin well beyond the US influence.

The UN report denounces Maduro for crimes against humanity. There’s so much evidence that confirms the links between the government and the narcotrafficks. So, the sanctions against the main political vertices may restrict the freedom with which these crimes are committed. Actually, these sanctions only partially help the people… All the opposition does by agreeing to open a dialogue with such criminals, is making things worse.

Although everything seems to be upset by the hands of the military – even the result of free elections – the loyalty of the armed forces and the support of international powers is are not enough to restart an economy crushed by three main events: the collapse of oil production, a run-away hyperinflation and a very rapid increase in the number of people emigrating especially to Brazil, Mexico and the United States.

What are the main causes of the Venezuelan economic crisis? Do you think that external intervention is necessary to slow down and, perhaps, stop the financial ruin?

The main causes of the crisis are the same ones I have already mentioned before. I believe that the only way to stop the financial meltdown is through a military action by an alliance of countries opposed to the dictatorship, specifically aimed at removing the vertices of the regime. I am definitely not the only one who thinks so; 90% of the population feel the same way.

It is very hard for me identifying the causes of a crisis that began twenty years ago. I was 4-years old when Hugo Chávez became president…

Corruption surely is the basis of all this. After so many years, I believe that aids from the international community are urgently required in Venezuela.

Powerful leaders of the international political scene have lined up with Maduro, including Russia, China and Cuba. The opposition, on the other hand, is supported by US, EU and Lima Group members.

It seems to be an ideological opposition. A clash that hides important economic and geopolitical interests… Do you believe that the historic rejection of American foreign policy by the governments of Russia and China may have overshadowed Maduro’s guilt, putting all the blame for the Venezuelan crisis on Trump?

The Venezuelan crisis is internal. It has nothing to do with geopolitical interests, even if the regime tries to bring attention outside the country, accusing the foreign countries that are against the system.

The crisis responsibility does not fall on Trump alone, nor on Obama, Russia, China…

It is Chavez, Maduro, Diosdado Cabello and all his colleagues fault. And the opposition may share the responsibility, since it made serious mistakes. Other countries are side characters. Necessary, but secondary.

Italian media report only partial and filtered news, which show Trump as the sole protagonist in the arena. But that’s not true. We must not take away the responsibility of the real criminals, they are the first and true culprits.

Without trying to understimate the Venezuelan issue, but rather to understand the causes more deeply, I’d like to put aside the dramatic and critical scenario set up by most Western media when they talk about democracy in Venezuela.

Few days ago, while gathering materials for the interview, I read a super interesting article, published by L’Indiependente. The author carefully described the powerful and important role played by the Simon Bolívar Orchestra Sinfonica in Venezuela. A joyful, young and harmonious caress, born in 1975 from the courageous Josè Antonio Abreu’s project, El Sistema. An intellectual and cultural ransom that has allowed to break down elitist barriers, forcibly built around a collective good that should be accessible to everyone: music.

In Venezuela, an extremely young country with such a high poverty rates, music became a “welfare issue”, a real constitutional right. An opportunity for redemption and socio-economic integration. Music is pasiòn liberadora, a primal feeling. Music is the safe harbor in a sea of hustle and bustle. It is hope and will to be led by its notes to happiness.

Maria Cecilia, Cesar… What is happiness for you?

For me, happiness lies in the moment: dancing, grabbing a beer with friends, family, having a walk with my girlfriend, cooking a delicious dish, having a interesting and enriching talk with someone. I am happy to be here and I feel grateful for the opportunities made available to me in Italy.

After growing up in a country with so many problems, for me happiness is the joy found in small details. It’s the smile that comes when you do what you like most with your friends, with your familia… We live in a world where we complain about everything. And Venezuela taught me to appreciate more things you take for granted.

If They Don't See Your Value, Don't Try To Convince Them - Interview to Frans Greidanus

Croatia: On The Path To Schengen - Interview to Marin Belak