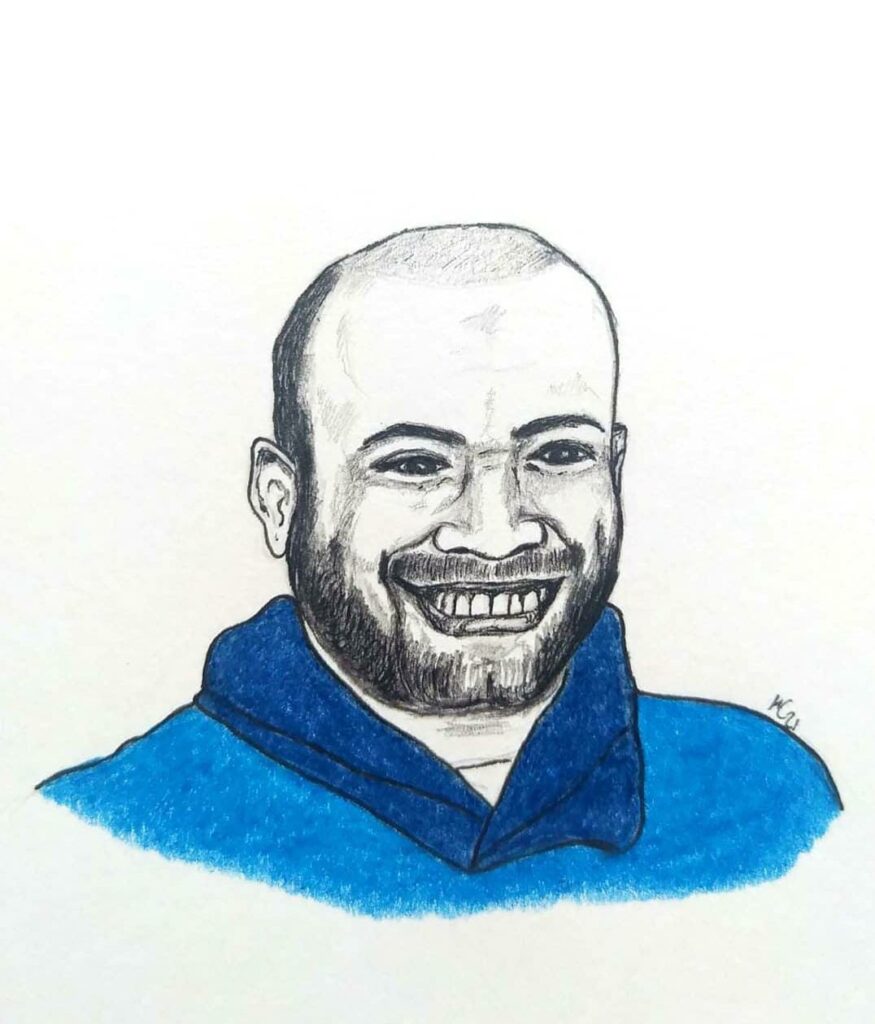 The term kebab means “roasted” and seems to have been devised in the Middle Ages by Persian soldiers who used their swords as a spit to grill meat when in the evening they lit a fire in the outdoor camps. This delicious dish is now widespread throughout the West and its consumption is increasingly away from an experience of exceptional and gastronomic diversity, to become part of daily practices. The kebab, therefore, tends to lose marked cultural connotations and is placed in an intermediate space between traditional street food and exotic food… A bit like Neapolitan pizza: a food without frontiers.

It was 1994 when El Shesh Kebab began planting the seeds of his success with care. One of the very first Egyptian gastronomies in Turin, always a meeting point for many young students away from home and for anyone who wants to eat well and feel welcomed. From El Shesh you can immerse yourself in evocative and, at the same time, familiar suggestions. You are traveling and yet you feel at home. And tea while waiting is a cuddle that warms the heart. When I proposed to Hassanein Mosleh to interview him for my thesis on Ethnic Entrepreneurship in the Turin district of San Salvario, he did not hesitate for a second. It was the first and brought me luck 🙂

In Egypt, I studied for the carpentry diploma and worked there for 4-5 years. Then, I changed sector and worked 3-4 with ceramics. I decided to leave Egypt to seek a better life. Ever since I was a kid, I’ve always wanted to travel. My brother had been in Vienna for almost 6 years… he called me and asked me to go there. I thought a lot about it and, eventually, I went to Budapest to get a visa and there I worked for a month with a friend who traded spare parts for cars. But I decided to leave because the city was too cold. In Vienna, then, it was even colder… I was looking for the heat and in 1996 I came to Italy.

I worked for a year in a bar for a Neapolitan lady, Anna. She has two children and has become a grandmother. She did so many beautiful things for me. She taught me Italian and remained in my heart. I learned how to make pizza because of her. Then Anna decided to sell the business and I helped her with this: I found a Tunisian who wanted to buy it. After that, I worked for two years with a friend at an ice cream shop in Corso Francia. Then my brother and I decided to start a new independent business.

I chose Turin because my brother was there and also because other people from Cairo lived here. I thought I’d change, but Turin is my city. And my life is in San Salvario.

I worked for a year in a bar for a Neapolitan lady, Anna. Has two children and granny. She did so many beautiful things for me. She taught me Italian and remained in my heart. I learned how to make pizza because of her. Then Anna decided to sell the business and I helped her with this: I found a Tunisian who wanted to buy it. After that, I worked for two years with a friend at an ice cream shop in Corso Francia. Then my brother and I decided to start a new independent business.

The main reason is that I don’t like working for someone. For my character, I can’t work if someone tells me to do something. So, my brother and I started looking for a place.

My initial capital was about 3 thousand euros, which I brought from Egypt (5 thousand dollars). But I got help because I live here, my life is here. Italy is my second country. I met a Lebanese doctor who worked for a newspaper. He helped me and He made me work for him after 3-4 months. I delivered the papers from 4:00 to 7:30 for six years in San Salvario.

Thank God I had no problems… I met many nice people who helped me. My main difficulty was language. Even today I don’t speak very well because I didn’t study it. This year we won 24th place as the best gastronomy of the “Strada del Gusto”.

Which is the predominant nationality of your clients? How would you describe your relationship with your customers?

The very first customer was a Lebanese engineer who studied here in Turin. After the first six months, there was an explosion of clientele. I also ended up on Rai1… An Italian had heard about this Egyptian gastronomy and came to eat a sandwich. He liked it very much and told me that I would hear my name and that of my business. We work like crazy. At 10 in the morning, they come knocking at my house to ask me to cook!

One time a vegetarian guy came in and I made him a typical dish called Falafel… With the customers, there was never any problem. We chose the clientele and they chose us. Two guys who used to come to our house to eat when they were engaged, now they come with their daughter. There are also players from Juve and Toro who come to eat here! A lot of people come, not just to eat a sandwich, but to vent about their problems. They’ve been blowing off a lot for 20 years.

The first thing we thought about when we opened was that we wanted to work for students and help them. Even today, some students who went to university here and now have returned to their homes call me to tell me how they are. Ten years ago, others came with me to Cairo. I don’t see them as customers, I see them as brothers. We want to reduce the distance.

We work on four “strategies”:

If there’s a problem, it has to be solved. That’s why we ask our clients to tell us when something is wrong, so we can correct it. The care is fundamental, like home.

I took refresher courses in catering and restaurant maintenance. Two years ago, I took my last course on how to store food. Some were mandatory, while others I chose to attend them.

In your opinion, is it correct to speak of “successful integration” in San Salvario? Do you see differences from other areas of Turin, other cities of Italy, and other countries?

I’ve always felt good in San Salvario. I made a lot of friends, I got lucky. There is no comparison with other countries. I have not lived too much time abroad, but I feel that Italy is closer to me: we share the Mediterranean character. I went to Milan, Rome… and the feeling doesn’t change. Clearly, in every city, there is good and evil, but you have to go ahead and focus on the good. We take the good thing of each and we work on this. Let’s not look at the bad…

I tried to open more places, but I felt like I was in jail. I didn’t live anymore and I said: I want to be quiet. If you work all day, you lose everything else... Now we help those who want to start their own business. There’s no envy, there’s no malice. We must help each other and our help comes right out of the heart.

The Balkan Route: What Civil Society Can Do - Interview To Adna Camdzic