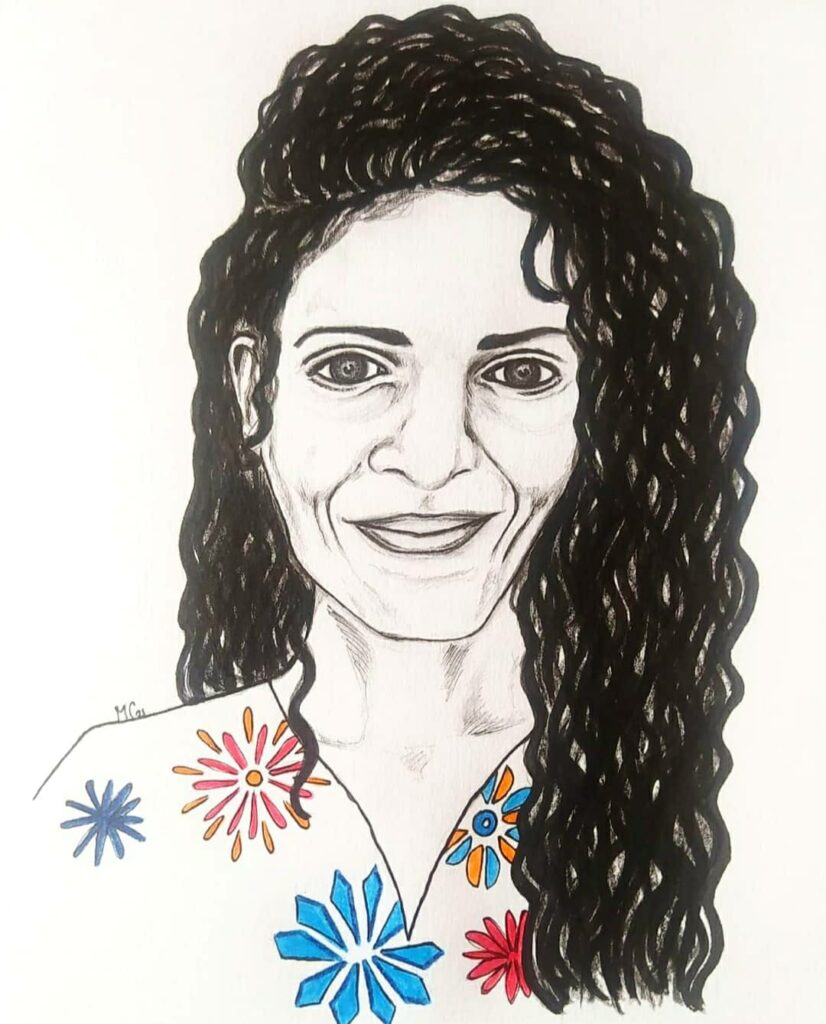 The intensive use of natural resources, the waste of materials, the difficulty of ensuring material recycling, the labour exploitation and human rights violations, all these factors have made the fashion industry one of the most polluting overall. The dominant model of textile industry follows a violent and vicious process characterised by exploitation, overproduction and waste. In fact, more than 100 billion of clothing items are produced for 7-8 billion of inhabitants of our Planet. Among these clothes, an amount equal to 4 billion euros is not sold and, therefore, becomes a pile of trash together with all those clothes thrown after a rather short consumption, since the average duration of an item clothes has been shortened compared to the past.

In order to overthrow this harsh process in respect of the environment and human beings, the collaborative consumption dynamic is opening to innovative ways of fashion exploitation, in which, instead of buying new clothes, the consumer can have access to already existing item of clothing thanks to alternative opportunities, including exchange, second-hand, share, lend, rent, and donation.

The new HUMANS protagonist is Elisa. She is the coordinator of “Abito”, a Turin-based project aimed to distribute donated clothes, which enriches the classic and well-known donating service with the added values of inclusion and sociality.

How was born “Abito”? What is its mission? And, in practice, how the project can be supported by citizens?

ABITO project was born in Autumn 2019. For decades, San Vincenzo de Paoli Society managed a distributing service in Turin aimed at low-income people. On the one hand, some volunteers had the desire to move the activity in a place whereby the service could be more dignified and usable, on the other hand, they have realized that a piece of clothes could be a tool to create human relations with users. From that, the idea of changing name was born: beside getting a dignifying clothes, we want our beneficiaries to “inhabit” the community, to be an active part of it. For this reason, our key point is participation among all users, who, under normal health conditions, offer help to manage the store so not to feel as passive beneficiaries, making available their skills to all.

Asking for help is difficult for some people and we believe that the shared management of the store is a factor that contributes to make our users feel at ease. The other important element is the fact that our shop has the actual appearance of a real store. By the fact that the distribution has been structured in this way, it encourages all those people who would feel uncomfortable to get in touch with associations and so-called charities. In our shop it often happens that even passers-by come inside in asking to buy our exposed clothes.

However, “Abito” is not only about social inclusion. Environmental sustainability is also at the heart of the project. We receive every week 300kg of clothes, putting back into circulation clothes that otherwise, very often, would be thrown away. We try, in our small way, to make people aware of the problems related to fast fashion and, even with our users, we put limits on the garments they can take, because we want them to receive only what there is an actual need, rather than encouraging garments accumulation just because they are for free. Recently our mix of social and sustainable commitment has taken a new shape: we noticed that, despite asking not to bring formal clothes, sometimes they arrived anyway and lay in stock because they were not requested by our users. So, we started the “A work closet” initiative, a distribution of more elegant clothes suitable for those who had to take an interview, were about to graduate, or needed more formal clothes for a new job. This allowed us to put other clothes back in circulation and to be able to support those who, in this complicated period, were looking for a new job.

In recent years, environmental sustainability and reduction to food waste have become issues of great attraction and visibility, also at the legislative level. The logic of the 3R (reduce, re-use, recycle) at the base of the new circular economy models seems to be really promising with respect to the achievement of the Sustainable Development Goals. In particular, n. 6 “Clean water and Hygiene”, n. 7 “Clean and accessible energy”, n. 12 “Responsible consumption and production”, n. 13 “Acting for the climate”, n. 14 “Life under water”, and n. 15 “Life on Earth”.

However, the same attention is not paid to the textile and fashion industry, which continues to put in the background.

What impact does the lack of media and legislative consideration to the fashion, compared to citizens perception of “donating” and, as a consequence, of clothing as an instrument of social inclusion?

In these years, the attention to waste has certainly increased. However, when we talk about it, often we only think of food waste. There are apps that help to avoid food waste, there are lots of associations that recover food in shops and markets making it available to those who have a low income and the Gadda law has simplified the donation of food, thus also promoting greater social justice. Basically, all these devices work as redistributive tools, where those with the least economic capacity are supported and at the same time waste is avoided. The discourse on fashion, however, is different. Food is a product that is consumed and has an intrinsically limited duration. We have a daily or weekly need to eat food. Unfortunately, this is not the case for fashion and therefore, we cannot apply to it the same categories that we apply to food. Surely there are similarities, indeed, in both cases there is a clear problem at the beginning of the supply chain, in the production phase. However, we cannot imagine donation as an equally adequate tool to solve the waste of clothes, simply because there are not enough people (and I don’t say “needy” people, but people) for all the clothes we produce. According to the Fashion Revolution network, 150 billion clothes are produced each year. The global population does not reach 8 billion and, in any case, the niche targeted by fast fashion includes less than 2 billion inhabitants of Europe, the Americas and Asia. So, where do all these clothes go? To whom can they be donated when they become “out of fashion”? And then, is it correct to talk about donation or maybe is it disposal?

Associations like ours recover part of this waste and redistribute it to low-income people. We, as associations, obviously have limited capacities, we are not able to be the catchment whereby citizens can bring together their used clothes and many items end up in urban dumpsters, and from there often they reach African countries which receive low-cost products that, because of their poor quality, over the years become inevitably waste. Precisely on that, in Rwanda a case has been argued, by opening a diplomatic case, as they banned imports of used clothes from USA because it was against with the ecology and economy of the country.

The amount of clothes donated, however, is not the only issue. There is indeed also a quality problem. Many of the things we receive are not suitable to be distributed to third parties because threadbare, punctured, consumed… This waste speaks not only of the poor quality of fast fashion products and the fact that they are designed not to last, but also of the poor social consideration that sometimes some donors have towards those who cannot afford clothes. There is the idea that clothes are no longer suitable for me because in bad condition they can still be suitable for someone else, simply because this person has no choice. ABITO insists a lot on the fact that the donation is an act of care for others, not a way to dispose of clothes, and that the clothes we distribute should make people feel at ease and not socially connote a person and his economic possibilities.

During our pre-interview chat, Elisa told me that most of the clothes collected by the association are generally feminine. This detail, seemingly harmless, says a lot about the social pressure exerted by the fashion world on women and the hierarchy of power that sees femininity constantly subordinated to aesthetic conformity. Fast fashion finds its vital lymph precisely in this toxic mechanism, which continues to perpetrate gender roles and expectations.

This is not the only reason why we should start to consider fashion as a feminist issue, anything but frivolous and light matter. Most of the clothing we wear is made in packaging factories located in Bangladesh, Vietnam, India, China, Cambodia and the Philippines, mainly by women (about 80%), to whom indecent wages are destined, precarious working conditions (let’s not forget the collapse of Rana Plaza, Bangladesh…) and sexual harassment.

The “fashion available to everyone” disguises an atrocious complexity, which it is needed to get out in the open.

What is fast fashion and how can the circular economy applied to the fashion industry help us to actively address the problem?

Fast fashion is definitely a neglected phenomenon compared to other types of waste. Where it is considered, it appears only in its ecological dimension, disregarding aspects of racial and gender inequality. The reality is that in addition to the tremendous environmental impact, fashion also perpetrates modern forms of slavery whose victims are the workers of Asian countries. Therefore, considering fashion as a feminist issue implies rethinking our consumption patterns, eventually moving towards forms of non-consumption or, as you mentioned at the beginning of our interview, collaborative consumption.

Not consuming and boycotting fast fashion brand clothes is definitely a form of solidarity towards exploited workers, but it is also a feminist strike from having to adhere to aesthetic standards of beauty (and often thinness) where women must conform to certain imaginary. This pressure to adhere to beauty models is also the basis of the so-called pink tax, or the surcharge applied to products advertised as “feminine” compared to their “male” counterparts.

The exchange of clothes, the return to second-hand markets and, above all, not buying things you do not need are useful tools to break down the different types of female exploitation of our economy.

The inadequacy and injustice of the economic model on which the fashion industry was built since the beginning of the twenty-first century have been exposed with impunity during the pandemic. The closure of shops has caused priceless damage to the economy but, at the same time, has generated a general awareness. We do not need 10 pairs of jeans, which to be made require a water consumption of 100 years of supply for a person. We have rediscovered the pleasure of comfort. We do not need compulsive shopping to distract us, to compensate for a lack or be happy. We have rediscovered the pleasure of boredom, absence and existence.

Elisa, what is happiness to you?

I see happiness as a utopia and something I may only have in an incomplete way. As long as there is an oppressed worker, a person who is discriminated and who cannot achieve self-determination, as long as there is an exploited animal and as long as we continue to destroy our forests and seas, I do not think I will be really happy. Then, maybe activism can be an instrument to achieve happiness.