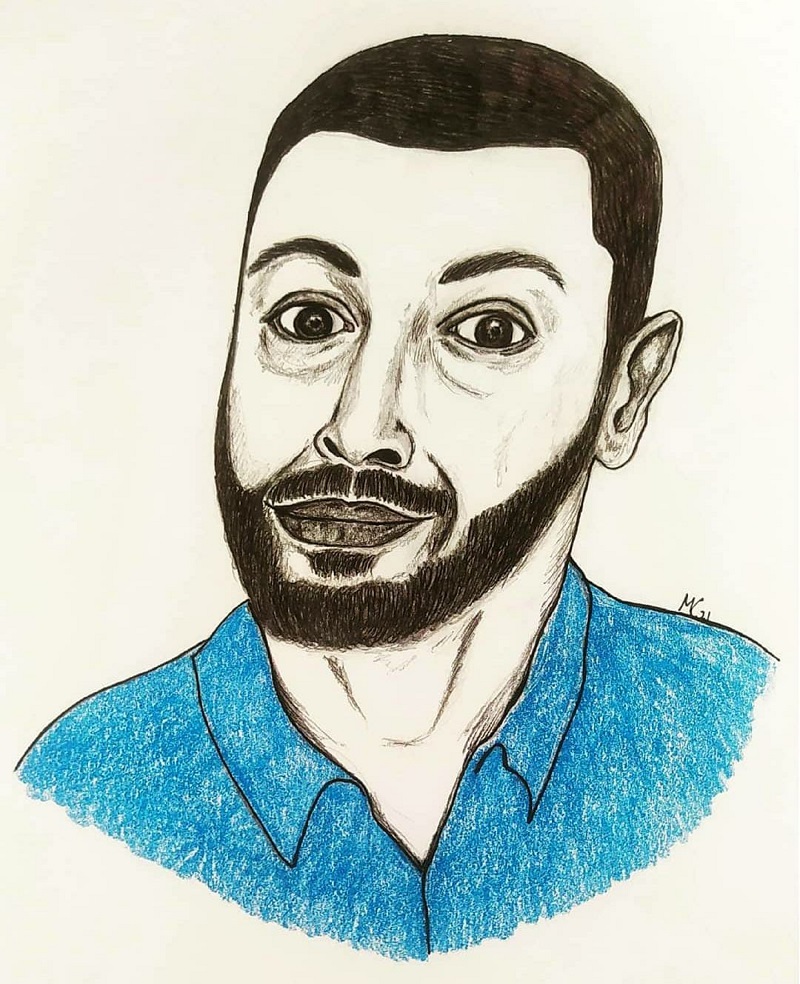 The section dedicated to multi-ethnic entrepreneurship in Turin was created to give a renewed meaning to my thesis and not to let it fall into the forgotten cyber archives of university. Creating this small space for them, I want to thank all the people I have met and who have chosen to dedicate precious time to me, welcoming me into their homes.

I met Neil on a cool mid-February afternoon. As soon as I crossed the gate in Via Bidone, a lovely feeling of tranquility enveloped me. For a few hours, I was immersed in an almost bucolic world, leaving behind the frenzy of the city.

I felt welcomed and relaxed. The recorder was turned-on and we could start the second interview, which then turned out to be a pleasant and enriching chat.

I started to work at 14 in my parents’ restaurant. Then, I attended at hotel management school and continued to work there. When I was younger I never stopped for a minute.. I worked in the restaurant for the whole year and in winter and summer period I went to different cities to work the season.

Fortunately, and unfortunately, the activity was already my parents’ business, my dad’s (Piedmontese, from Alba) and mom’s (Eritrean). When I was younger, my father decided to move alone to Eritrea, where he opened a Piedmontese restaurant. Meanwhile, my mother wanted to reach my father down there and left the business in my brother’s hands, Luke. I have been closed to him and learned a lot. From 16-18 I found myself somehow involved in something bigger than myself.

When my parents opened the restaurant in 1996, they used my mother’s savings. Also, some loans from friends, which we then returned as soon as the business started to go well. In fact, there would be many of public funds, the famous “lost funds”… there is a lot of money standing there but no one knows they exist.

What are the main difficulties you had to face?

The greatest difficulty arose when catering evolved, when, for better or worse, many more controls and more rules were introduced. At the tax level, between the things to pay and the things you need to keep up… In the end, a restaurant is a business, for all intents and purposes.

What obstacles and new difficulties do you still encounter?

A problem with our type of activity or, better, cooking is that you can work well from October to May, but when the heat starts it is unattractive for those who are not used to such spicy and “heavy” dishes.

The 99% of customers are Italian. Africans usually come to get something to take away… But there was no habit of stopping to eat at the restaurant initially. Back then, when my brother was younger, there were a lot of college students who are now in their forties with families. The target is quite mixed, young, old, families… From 18 to 60 years old who wants to try something new, or there are many families who have adopted children from the Horn of Africa come with them. When we changed restaurant location years ago, I felt sorry for them because we were the only conjunction with Africa…

We become real friends with the costumer. Our African being is also this: sharing moments even with people just met. There is friendship and conviviality.. “Mar Rosso” is also this.

The first restaurant we had, was 180 square metres, with about 100 seats, and about 10 employees worked for us. The current diner reaches 40-50 seats at most and we do not have any employees at the moment. Unfortunately, we had to fire them. Every person we hired, we did it through job market. The last girl as an Ethiopian with a son. We taught her how to cook all our plates. Back then, there was always an Italian girl in the dining room and lately we also had a Brazilian guy who worked during the evening shift.

There is no strategy… We make dishes from all over Africa, some of them reproduced in a slightly more western version. At the beginning there was no competition. For example, in the summer when you were walking around San Salvario there was no one… it’s not like now, they are all here. The first customers, in fact, arrived through word of mouth. And even today they continue to come because of word of mouth… Yeah, we use social media and we advertise, but it’s small thing. In fact, we have not become rich because we try to convey our way of life. And precisely for this reason, today we have no competition: the kitchen that we propose, we only do it. The only thing that remembers our dishes is a “trapizzino” stuffed with “zighinì”, a beef stew made with berbere, a Horn of Africa spice… many years ago, someone tried to open an Eritrean restaurant, but it lasted a year.

A long time ago there was the REC, you had to do a certain amount of hours to receive a license in order to treat and administer food.

I will never be satisfied with my life, I always seem to have done little. Now, I see the youngest doing a thousand things, too many things… But I am also very proud of myself, I would do everything I have done. The only thing is that work absorbed me a lot and I could not travel as I wanted

In your opinion, is it correct to speak of “successful integration” in San Salvario? Do you see differences from other areas of Turin, other cities of Italy, or other countries?

I think there’s enough integration here… in my life I’ve never felt out of place… no incidents of racism even at school. As for the local community, San Salvario sucks you in, you never want to leave. There are deficiencies, of course, as everywhere. However, there is great collaboration between us restaurant owners. We help each other.

There are no plans for the future… they can’t be done at the moment. You can’t invest if you don’t have a chance to show the public the changes you’ve made. I want to travel, learn English and work in restaurants to get to know more cuisines from the world, instead of watching video-recipes on Youtube. Last year I wanted to go around Africa, starting from Morocco and along all the coast, go down to South Africa and go back to my country… I haven’t been there for almost 20 years. But between Covid and constant civil wars… You know, because of the pandemic and the war in Ethiopia, for three months our suppliers have been unable to get us the berberè.